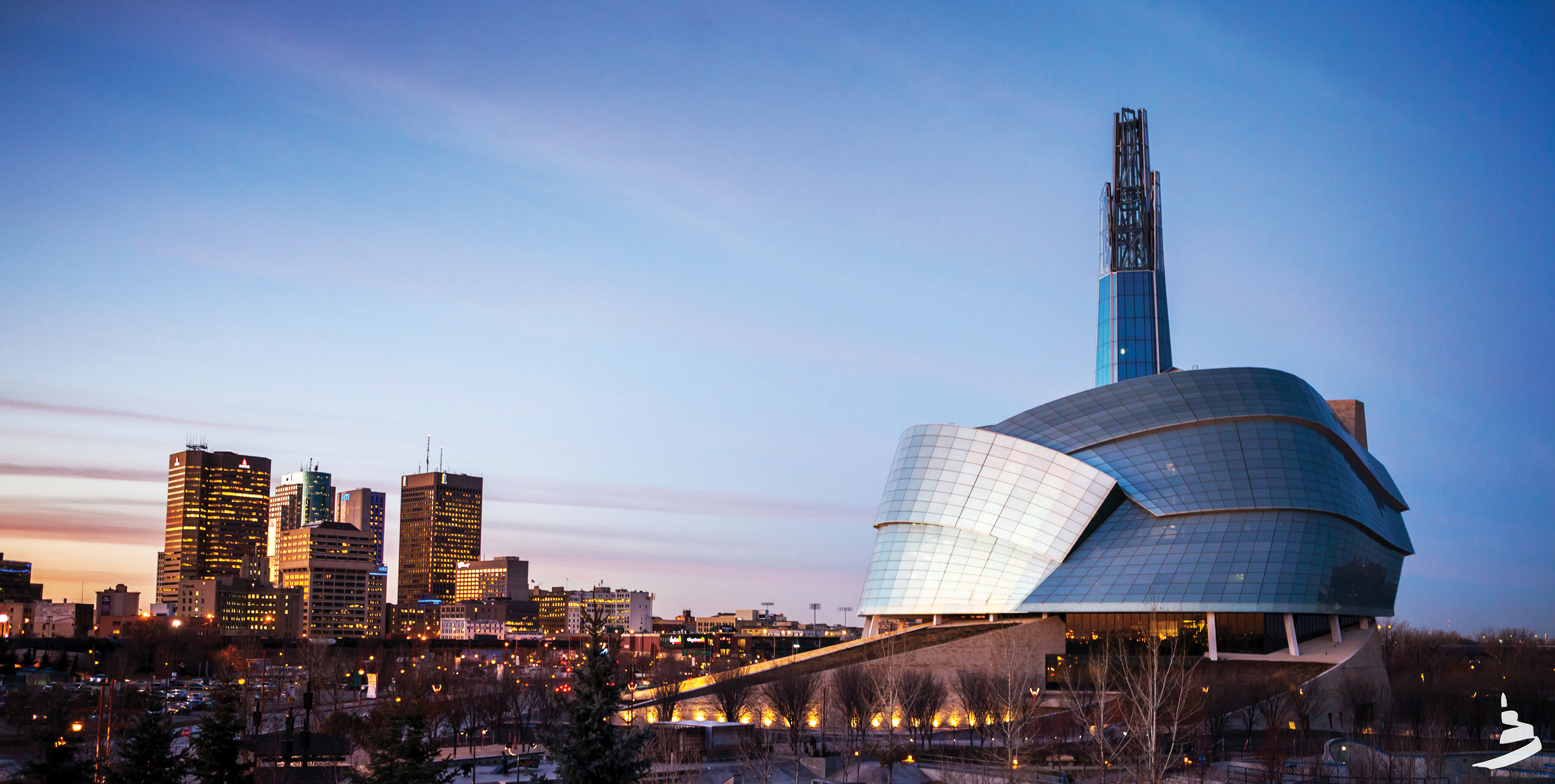 New CEO for Friends – A Message from the Vice-Chair It’s my pleasure to announce that Mena Gainpaulsingh will be joining Friends as its new Chief Executive Officer on April 3. With almost two decades of experience in fundraising and consultancy, including a particular interest in human rights, Mena brings a significant depth of knowledge and diversity to this position. Most recently she operated a fundraising consultancy company in Ottawa, but has also worked internationally with the International Fundraising Consultancy, Medical Foundation for the Care of Victims of Torture and other organizations. As she has with other organizations, Mena will help us continue to develop a strong culture of philanthropy and support the Museum in creating inspiring encounters with human rights.

Mena will also become Vice President of Development for the CMHR as both organizations align their efforts for donations and sponsorships that support human rights education and awareness through the Museum. She is moving from Ottawa to begin her new position on April 3.

Mena’s direction of Friends will continue to build on the success of Friends support of the Museum. To date, more than one million people have visited the Museum. The Museum continues to receive recognition nationally and internationally and is drawing visitors from across Canada and around the world. In the first nine months of the 2017-18 year, over 70 per cent of Museum visitors came from outside of Winnipeg. In just three years, the Museum has become the most reviewed Winnipeg attraction on TripAdvisor.com, with the vast majority of the reviews extremely positive.

“This museum is a must-do when you visit Winnipeg,” reads a recent review posted by a visitor from Minneapolis. “The exhibits are beautifully done, integrating technology that is simultaneously cutting edge but also unobtrusive & user friendly. The flow of the exhibits was exceptional – everything is laid out intuitively and each hall really tells a story. The building is absolutely breathtaking.”

On top of this, the Museum was home to 319 events and received seven additional awards for design, architecture, education, communications and cultural achievement.

The Museum is a place that encourages people from all walks of life to connect to something much larger than themselves, a place to acknowledge we have a direct stake in building a better world. As we can see from the numbers and feedback, people are responding. I hope that you too will continue to engage with the Museum. I encourage you to give to this incredible institution, so we can ensure that visitors continue to have inspiring encounters with human rights.

Travis Price and David Shepherd weren’t planning to create an internationally recognized day when they encouraged their high school to wear pink in support for a boy who’d been bullied for wearing a pink shirt. They just wanted to help one person and create change in their community.

“Pink Shirt Day started because the time was just right for it. It was the perfect opportunity for me – someone who had been bullied – to step up and say enough is enough,” says Travis. “It was empowering to help give someone that reprieve. To let them know it was okay and that help was out there.”

Ten years later, Pink Shirt Day has become an anti-bullying movement supported in almost 180 countries around the world. Travis, now 27, is the official ambassador of the Canadian Red Cross anti-bullying program. He is a professional speaker on anti-bullying and manages the pink shirt programs and shirt design in eight countries.

“It’s been interesting emotionally to see it evolve. Motivating, inspiring and even concerning at times since the movement grew so quickly within Canada and then internationally,” says Travis. “The most important thing to me has been to convey the main messages – to help one person and that a simple act can create the biggest change.”

With 2018 being the 10-year anniversary of Pink Shirt Day, Travis is reflective and proud of all that has happened, including the fact that this anti-bullying awareness began in Canada and continues to grow through the actions of Canadian students.

“It’s very cool to see the shirts out there and know that students are learning about the meaning of Pink Shirt Day and finding their own ways of living the principles of the movement.”

Pink Shirt Day is featured in the Actions Count Gallery in the Museum. To Travis, this is a great honour.

“The Museum, to me, is the most incredible place we have in Canada right now. It showcases all the role models – ordinary people who did extraordinary things,” says Travis. “I think for youth – who have now grown up knowing Pink Shirt Day – to go to the Museum and see that it isn’t just something they do at school, but something around the world that they get to be part of, it’s impactful. It’s a great image for kids to see it in the Museum and to know that by being part of it, by living what it means, they can make a difference in people’s lives too.”

Human Rights Museum
A must see for visitors to Winnipeg on several fronts: a) the building and its setup are very impressive, b) contents is enlightening and c) the setting is unique even in the winter months.
– Cankid, Hong Kong China,

A museum such as this should be in every country!
A museum such as this should be found in every country of the world! It is extremely well organized and touches on ALL of the human rights issues that have occurred throughout the world over the centuries. So many activities, things to take in, displays highlighting the importance of having Human Rights available to all people. I can’t begin to explain the feelings one gets just by being in this museum. It is a tactile exposure to the atrocities against human rights throughout the world…everyone should experience this amazing museum!
– larkenRidgefield_CT, Ridgefield, Conneticut, USA

This fall, the Manitoba Building Trades presented a cheque for $5000 to Friends. This support will help with the advancement of the Museum’s education programs and development of new exhibits.

At the Museum – Rights of Passage: Canada at 150

Featured in the Expressions Gallery, which is generously supported by the Richardson Foundation and Richardson Family.

A new temporary exhibition, Rights of Passage: Canada at 150, opened on Human Rights Day (December 10) at the Museum. This exhibition presents an overview of 150 years of Canada’s human rights history. Through a rich, mixed-media experience featuring engaging stories, immersive design, and a variety of unique and innovative technologies, this exhibition explores the key debates and issues that have been central to the evolution of the Canadian conversation on rights and freedoms, justice and equality.

The exhibition includes five sections focused on different aspects in Canada’s history. The exhibit features compelling stories such as the suitcase that accompanied six-year-old Marcel Petiquay to the Amos Indian Residential School in northwestern Quebec. Many years later, he wrote a poem on it, an act meant to convey his journey towards healing. Read the full poem here and learn more about the exhibit at humanrights.ca.

Canada’s 150th birthday was a year-long celebration that brought many special exhibits and events to the Museum. To participate in the celebration, Fred and Elizabeth Fountain from Nova Scotia made gifts to institutions across the country, including a $50,000 gift to the Museum.

“The Museum is emblematic of the ongoing creativity, vitality and prosperity of Canada,” said Fred Fountain. “We think it is important that Canadians attempt to participate and contribute in a variety of regions across our country beyond just their own home province. We really see this as a gift that’s from Nova Scotians to an institution that is something special and important in our country.”

This gift, a follow up to their initial donation in 2006, will help with the advancement of the Museum’s education programs and development of new exhibits.

On November 29, Friends hosted a Donor Appreciation Event in Vancouver, BC to thank donors on the west coast for their support. David Choi, Co-Chair of the Chinese Canadian Community Campaign for the Museum spoke about the importance of the Museum, its recognition of human rights violations for all people, and the education of youth on human rights violations around the world. David thanked the Chinese Canadian community for raising $2 million in support of the Museum. George Tsamis, RBC Vice President, highlighted RBC’s proud involvement in supporting the Museum.

John Young, President & CEO of the Museum shared with guests the Museum’s accomplishments in its first three years in operation, highlighted the importance of education and youth and provided a glimpse into its upcoming direction.

The reception closed with two students and two teachers from Vancouver’s Talmud Torah School sharing their experience with the Museum’s National Student Program.

Friends of CMHR and the City of Human Rights Education Hosting a Gala Dinner Featuring the Right Honourable Brian Mulroney P.C., C.C., LLD in Celebration of the Exhibit Mandela: Struggle for Freedom

The Museum has partnered with the South African Apartheid Museum (SAAM) in Johannesburg to create a world class exhibition on the life and legacy of Nelson Mandela entitled Mandela: Struggle for Freedom. The exhibition will open this summer; 2018 marks 100 years since the birth of the anti-apartheid leader, global human rights icon, honorary Canadian citizen and South African President.

For more information, to purchase tickets or to inquire about sponsorship opportunities please call 204.938.2670.

Our Canada, My Story Exhibit

To explore Canada 150 through a contemporary lens, the Museum opened the exhibition Our Canada, My Story in February 2017. It features a series of short films about seven inspiring people – Ali, Widia, Kevin, Sylvia, Thomas, Shawn and Mona – all working for equality, inclusion and dignity. Their stories invite visitors to think about perceptions of our diversity and how we’re connected as Canadians. “If I had stayed in Somalia, I believe I would not be alive today,” Ali Duale, Halifax.

The Museum shares these inspiring stories on its website on a rotating basis. Visitors can also post their own human rights story with others in the Museum or on the website through a link called “Share Your Story.”

The Museum also uses social media in creative ways to promote a national conversation about human rights. When two of the films from Our Canada, My Story were launched as part of a national Facebook campaign the response was exceptional:

The message of equality, inclusion and dignity reached far outside the Museum’s walls as people engaged in conversations about this exhibit and human rights. Help ensure these positive messages continue to reach as many people as possible.