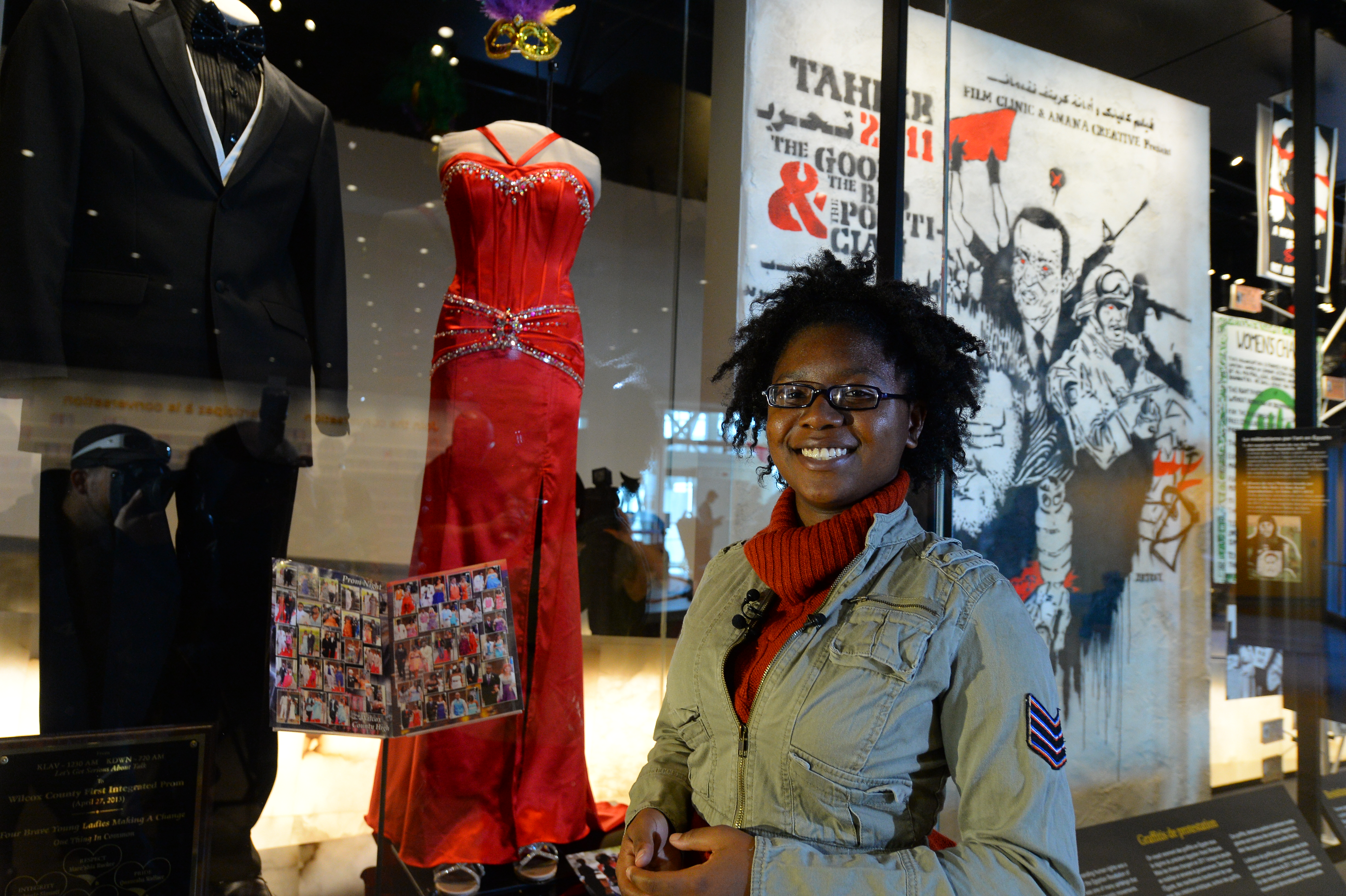 My human rights story started when I was a high school senior.

In 2013, in southern Georgia, we still had a segregated prom: one for the white students and one for everyone else.  I felt I needed to take a stand and change this segregation. So, along with classmates, we formed a committee and an integrated prom was planned where everyone could attend, regardless of race or colour.

I just knew it was the right thing to do. My mom warned me about the potential for repercussions. I knew she was right but I also knew that this change was necessary.

For one year, the committee worked quietly. We set up a Facebook page; decided on a theme and started fundraising. We held car washes, sold rib and chicken plates. Then one day a social media specialist sent me a message saying he was going to make my story go viral. I thought, “Ok, if you say so.” That was on a Friday. On Sunday morning, I woke up to Facebook mayhem.

Media descended on us. Then the backlash arrived, like Mom warned. Students tore down posters; ugly remarks were yelled at us; teachers attempted to try and fail me. One committee member was held at gunpoint. We even had death threats and threats to riot the Integrated Prom.

When I began this, I thought I was taking a stand for just my school and my community.  I simply wanted all of us to be able to go to prom together.  I simply wanted to dance and have fun with all of my friends, on one of the most influential nights of a Senior’s life.

Little did I know that I might inspire others with my story. When the CMHR approached me to donate my prom dress to the Museum, I was stunned.  But when I saw my dress and my date’s tux on display at the CMHR, it sunk in that this really was a big deal and that’s why I agreed to write this letter, because your support means that the Canadian Museum for Human Rights can tell the amazing stories that bring history to life.  Please make your donation today so that these stories continue to be told.

It’s hard for me to believe my prom dress is in the same place that has an exhibit on Nelson Mandela, Malala and Viola Desmond. These people, and those like them, greatly inspired me and I was so grateful to see their stories at the CMHR when I visited there. It’s hard not to be inspired by their stories.

But I have also been inspired by my own family hero. In 1995, my grandmother became the first elected black school board member in our county. A cross was set up and burned in her front yard, as well as the storage building being set on fire in her back yard. Rumours were that they hoped it would catch the house on fire. I knew that if my Nana could get through that, I could get through whatever hate and hardship was coming my way.

Through this I learned that it only takes one person to start change. You are one of those people.  If other people see you taking one step, they’ll take their own steps. Then it becomes a common goal. Please make your donation right now to the Friends of the Canadian Museum for Human Rights so they can continue to inspire people to learn from the past and build a more humane and compassionate future for everyone.

P.S. My dress from the integrated prom that I fought for in 2013 in South Georgia is in the Canadian Museum for Human Rights, alongside the stories of Nelson Mandela, Malala and Viola Desmond. Donations like yours mean the Museum can bring history to life and educate people about the importance of human rights. Please make your donation today! I hope you will also consider making a monthly donation, which is an easy way to split a larger donation across the year. Just fill out the form on the return coupon and return to us in the postage paid envelope.